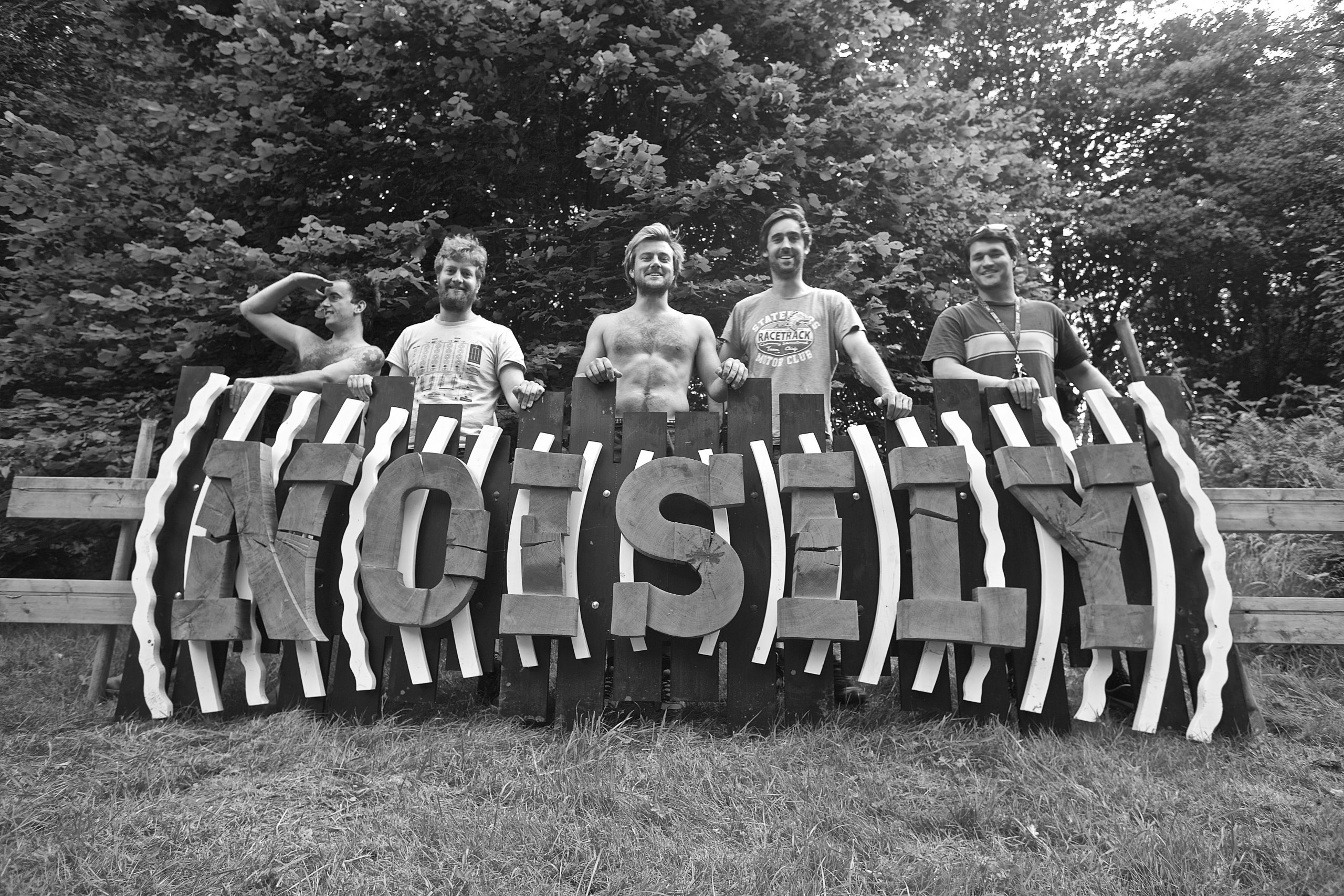 It was a sunny evening in the midst of an Indian Summer, and I remember vividly knocking on the door of Will’s mother’s house in Westbourne Park, London. As always, he opened the door with a big smile on his face, opened his arms and embraced me. His hugs are a fair representation of his frame; an ex rugby player standing some six feet and three inches tall and son of a Leicester Tiger. There’s definitely something grounding, honest and reassuring in those arms.

Will, with reassuring arms.

I walked through the door and past the coat hooks on the left, deposited my mac and took some time to soak up attention from Jelly, Trifle and Mr Wobbles, three manic Spaniels consumed with the excitement of a new arrival, before making my way to the kitchen where Robbie and Lachie were waiting. They were laughing over a quip Lachie had made, however it was his infectious laugh and not the subject matter which prompted me to join in, as it still does to this day.

Lachie displaying all he learned during his Engineering Degree at University…

We settled in for our first ever meeting about Noisily, and as with most of our get togethers, we bounced between festival related tasks and swift upward spirals of joking around, before returning to the job in hand. To this day our management meetings take at least three times longer than they could, but then, it is these personal relationships which existed long before Noisily that make the festival what it is today.

In those initial discussions about starting a festival all our excitement was geared towards the party, the fun we could have in those woods and the joy we could create for others as we had been ourselves at festivals around the world. At the time the dream was to afford transcendental dance floor bliss, to create something that’s main ingredient, when all was boiled down, was love.

Over the years we have tried our hardest to stay true to that ethos. We believe that through the stresses and strains that come from organising an independent festival with no prior experience; through the inevitable frays and tensions that high pressure situations have subjected us to, that the strength of our friendships and the support of the most incredible team we could hope for, have allowed us to do so.

I don’t think it’s a secret, although it’s perhaps something we don’t say enough, but when James joined us in 2014 for our third year it changed the face of the festival. By that I don’t just mean the average age went up considerably, but the knowledge, network and experience he brought to Coney Woods was utterly invaluable, and from then on each year has been seemingly unbeatable. Yet, because of the dedication of our growing family and the passion they have for what Noisily represents, to them, to us, and to the people who come and share themselves each July, it keeps getting better.

Our mission is to create a festival that builds a sense of community, encourages personal growth and social change, and exposes people to new ideologies which existed within them already. From the hedonistic party and the permissive atmosphere, through the healing, art, and breathtaking location, to the performers, the basslines, us the organisers and our incredible team, Noisily is dedicated to all the people who attend. In staying true to the ethos which was forged seven years ago, we hope to create an experience which balances the essential yin and yang that as humans we need to flourish.

It is common place in modern Western culture to be hard on ourselves for not being busy enough, for not achieving or earning as much as we should be, to afford us the lifestyle we are supposed to want. We chase a definition of success which has been moulded for us by society, that has been drilled into our parents and theirs before them, suggesting that we need to earn and spend and own and comply, judging those who don’t as undriven.

Please understand this is not an attack on those who have made their fortunes from respectable vocations, or that money is not a necessary commodity for the exchange of goods. However as author, writer, and life enthusiast Mark Manson articulates brilliantly in his piece The Real Value of Money, “money is merely an arbitrary store of value, it is not value itself. There are many stores of value in life. Time is a form of value. Knowledge is a form of value. Happiness and other positive emotions are a form of value. Money is often just the vehicle of interchanging these various forms of value with one another.”

I speak with experience as someone who has struggled with these pressures, and continue to do so on a daily basis. However I know I’m not alone, far from it in fact, it seems to be the curse of our jilted generation, wherein we’re supposed to achieve what people did in the 1980’s in an environment which is largely non permissible.

However as soon as you accept the goalposts have shifted it becomes more of an internalised struggle, as success then becomes defined by happiness, and happiness, unlike pleasure, cannot be bought.

At this point the voices in your head may be telling you that “happiness comes from within”, but actually, it doesn’t. Happiness is an emotion, much like anger, or love, which manifests when you follow that which is within you.

Reverting back to our friend Mark Manson and his article Stop Trying to be Happy, he explains the ins and outs of happiness, and why an almost universal misconception of its definition leads many to despair when they don’t “achieve” something which only exists in fleeting moments. Happiness, like love or anger, is an emotion and subsequently not achievable. Can you remember the last time you tried to fall in love successfully? I didn’t think so, it just happens.

But what you do have control over is the steps you take towards things which trigger moments of happiness, and quite often these stepping stones are comprised of a series of failures made amongst friends, that strengthen the bonds between you and lead you onto something else. So as Manson puts it… “With regards to being happy, it seems the best advice is also the simplest: Imagine who you want to be and then step towards it. Dream big and then do something. Anything. The simple act of moving at all will change how you feel about the entire process and serve to inspire you further.”

It is the journey, the steps you take, the relationships you forge, and the decision to move forwards which provide you with moments of happiness throughout your life. Not the image of your future self which always exists one step ahead of you.

At Noisily this concept runs right through the core of our ethos, and we aim to create an atmosphere which allows anyone who comes to exist with their ideal selves. A place where love is not just shared and reflected between each other, but where your past and future self melts away in the presence of now.

Personally, being a part of Noisily since that Autumn evening in London, has provided me with more moments of happiness than anything else I’ve ever stepped towards. Along the way there have been many moments of anger and sadness too, but that’s ok, that’s life, after all.

I also know that it’s worth it when all the hard work we’ve put in, all the hours our team have dedicated to pulling it off, come to fruition over the first weekend of July in Leicestershire. No one would work such long hours for such little remuneration if they didn’t believe this, and it is on those sun dried dance floors amongst the swaying trees in Coney Woods, in an environment we all helped create, where more fleeting moments of happiness exist than anywhere else I know.

From Left: Robbie, James, Charles & Will