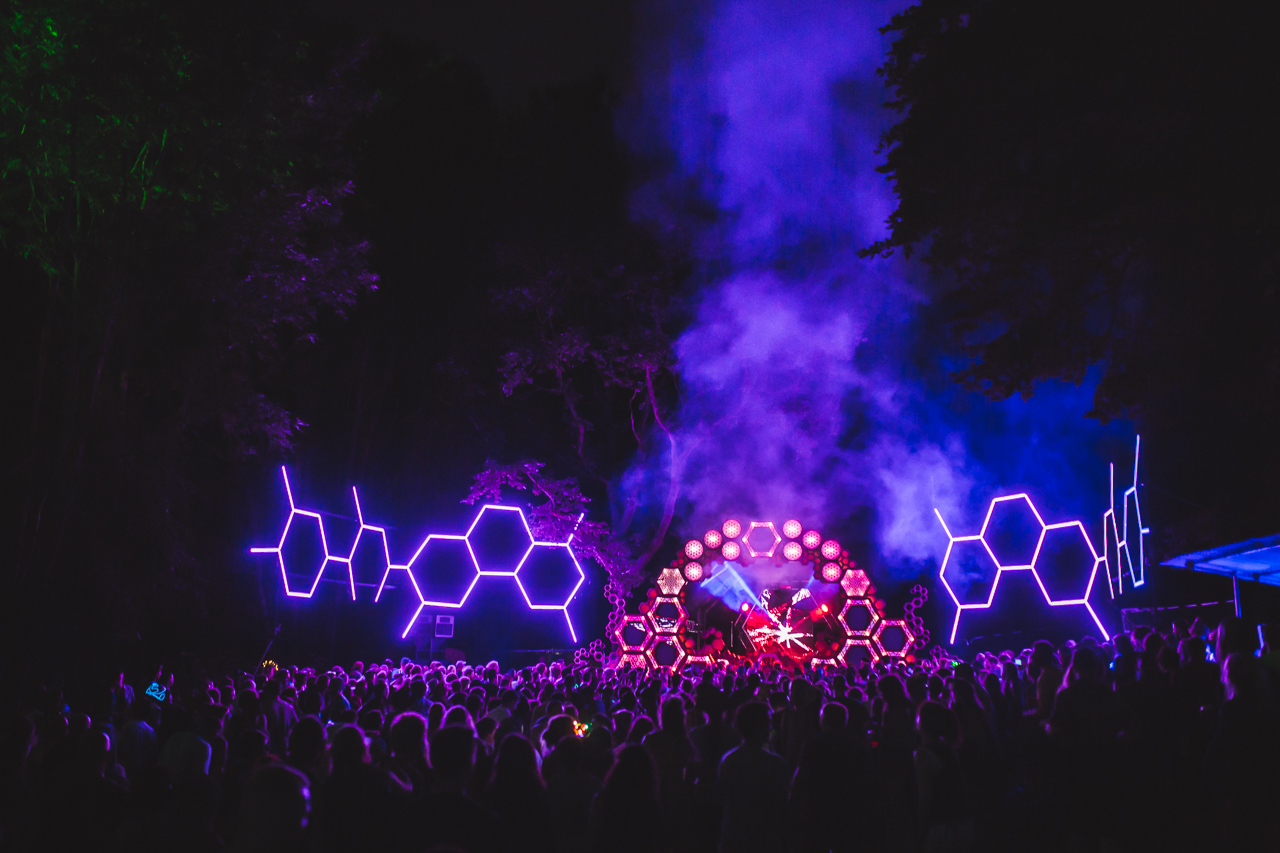 The bass oscillates into the distance as you tilt your head backwards, raising your face toward the sun in a moment of bliss. The synth line carries your thoughts into the ethereal, as the collective consciousness of the elated bodies surrounding you move and pulse in one fluid motion. Basking in the breakdown, floating on air, we all know what’s coming, and then, it drops…

We all know that feeling, it’s one we’re all too familiar with, yet each time we’re standing on the Liquid Stage at Noisily, under the canopy at Ozora, or in the shadow of the Dance Temple at Boom, we are filled with joy and elation usually reserved for children experiencing something for the first time.

The best thing about the Psychedelic community and Psy Trance itself, is the people. You may have heard it called “The Psy Trance Family”, but this is of course just figurative, as we’re not all related, not directly at least. However it is the sense of togetherness, the concept of being one, which makes the genre and culture around it so inclusive.

There are of course exceptions, as there are in many subcultures, however as an outsider you’d be hard pushed to find a more welcoming atmosphere on a dance floor anywhere, even if the music seems terrifying at first! Once you’re in the vortex, you’ll be there for good.

Beyond the unity, or rather a key part of it, is the dedication to creativity and design which goes into fabricating the stages, sets and dance floors which DJ’s and party people alike have the pleasure of playing on. The Liquid Stage at Noisily is a shining example of the spirit of ingenuity and a passion for psychedelia, and the team who build it are greatly appreciated. However unlike the artists on the line up, they are for the most part unsung, which is why we wanted to write this article – not to sell tickets, or raise hype, but to pay homage to the beautiful brains behind our very own psychedelic Mecca.

Daz and Charlie (Charlotte) have been with us since Noisily 2014, the 3rd time we opened the Coney Woods to the public, and a year which marked a significant step up in the overall aesthetic of the festival. They brought with them a collective knowledge and experience which spanned a number of decades, but beyond that they had an understanding of what Noisily represented, what it was we were hoping to achieve, and what we still hope to realise as we work together each year.

Their company ‘Trance Orbital Designs’ sprung into action not long after the two met in Bath in 1996. Daz, a Fine Craftsman, Stonemason and Master Finisher with over 25 years experience, and Charlie, a professional in interior, costume, stage and set design, with a family history deeply rooted in the theatre world. Together they make a formidable yet friendly team, and as organisers you really couldn’t find an easier pair to work with. There is no drama with Daz and Charlie, just an exceptional work ethic coupled with boundless creativity and resourcefulness.

Alongside the dynamic duo, we should give a shout out to Graham from Geomatrix Designs, who specialises in LED lighting design, and is responsible for installing and programming the lights inside the Liquid Stage which make it pulse and warp in a psychedelic melange. Graham is another one who has been with us for a long time, and his relaxed can-do-attitude gives us one less area to worry about when the build is in full swing.

The final piece of the production puzzle comes from our friends at Video Illusions, who bring along their epic hanging LED screen and arrange it a variety of formats in line with the evolution of the stage each year. The Whiteoak brothers travel the world designing epic backdrops and stage sets for some of the biggest names on the planet, touring with Chase & Status and working with Arcadia. Yet even though they are playing in the big leagues now, they started their journey in the small psychedelic parties of the South East, which is why for the them Noisily is a homecoming of sorts – a grassroots independent festival in the heart of the British countryside.

Noisily is about friendship, love, equality, passion, nature and community, and this is equally present in all areas of the festival. The Liquid Stage and the team who build it are another glowing reflection of the ethos and values upon which Noisily is built each year, and we hope that in singing their praises here that you may pass on your thanks to them via the medium of dancing, happiness, and maybe even a hug if you can find them this July! One guess as to where you might find them…