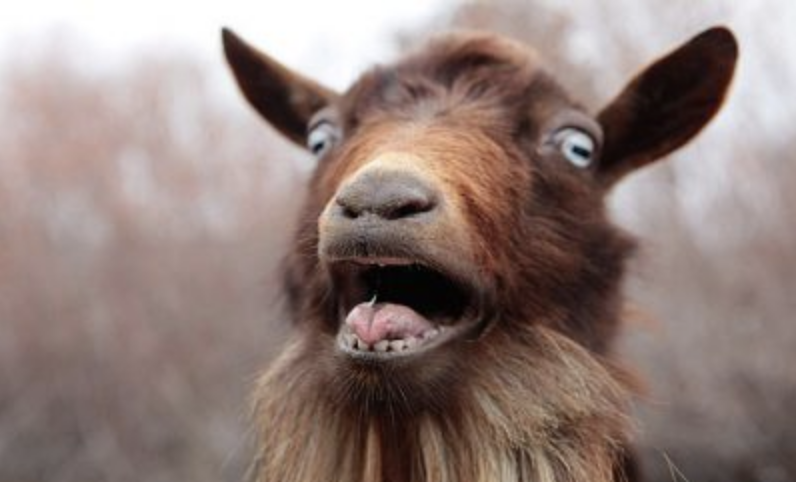 In the latest of a string of aggressive investment initiatives, global superpower China has made yet another pseudo-industrial move, which many are labelling a smokescreen for clear underlying political aspirations in the counties of the South of England; namely Sussex, Wiltshire, Devon, Somerset and Cornwall.

The multi-billion dollar hostile takeover of the dairy industry is due to take effect just days after the March 29th deadline for our exit from the EU, whilst our politicians are looking toward a post-Brexit deal that sees us maintain control over our farms and livestock. The move, which has been dubbed “an act of heracy” by local farmer, day time TV star and Noisily faithful Dick Strawbridge (the man responsible for uncovering the elaborate ruse), will see nearly 2,372 dairy farms surrounded and forced into remission in the space of 24 hours, in and around the area of Padstow alone.

“The stranglehold will hit

the yogurt industry the hardest…”

Mr Yo Play, CEO of Chinese yoghurt monolith Moo Chow Inc. who is heading up the coup (alongside revolutionary artist Ay Way Way), was secretly filmed at a convention in the city of Xing Dao shortly after the 827th bi-weekly dog meat festival, expressing his enthusiasm for the sting operation.

It’s hard to make out exactly what he was saying as it was recorded on the Blackberry of a traveling merchant who didn’t have a great vantage point, and for copyrighting purposes we are unable to share this clip on our Noise Feed, as it had to be destroyed. That said, fortuitously it transpires that Noisily Operations Manager Sarah studied for a semester in Beijing, and as a result is competent in Mandarin. So between her rudimentary grasp of the dialect and some copying and pasting into Google Translate, we were able to make out a few choice phrases which indicated their intentions. Long and short of it is that it’s not pretty, not pretty at all…

will also see a significant downturn in revenue.”

The stranglehold will hit the yogurt industry the hardest, resulting in the redundancy of tens of thousands of cows who have already seen record low returns per litre of milk expressed in the 2017/18 milking season, as the Chinese halt production and flood the UK with their own synthetic lactose rice hybrid, and it doesn’t stop there…

Goats will suffer too as they are pushed to the limit between producing an unsustainable amount of dairy milk for Starbucks, and the other coffee house chains, and making enough cheese for the mid range bistros of Kensington and Chelsea. (N.B. The caramelised red onion industry will also see a significant downturn in revenue.)

So how will this affect Noisily’s future as an independent festival?

Three years ago to the day we launched our ‘Looking after the Woods’ initiative and invested significant time and money into researching alternative fuel sources to power the festival. Our first stop was recycled vegetable oil which we converted into Biodiesel for our generators, however financially it ended up costing 33.33% more than we could afford, so the idea was canned as we went in search of a more viable option, which incredibly came in the form of yoghurt.

For three years we’ve been using the viscous milk as the lifeblood of Noisily, powering everything from our generators and stages, to the entire production office team, and even as far as weaving it into our merchandise, which this year saw a 70/30 split between organic churned yoghurt and argan oil scented sandalwood. Not only has it saved money and emissions, it’s also repurposed several thousand livestock who were destined for slaughter, and who now enjoy an exponentially improved standard of life and just one milking session a fortnight.

With uncertain times ahead, it is with a heavy heart that we have to announce the possibility of selling Noisily to one of the majors unless we can find an alternative fuel source. What will this do to the atmosphere, we aren’t sure, and we will be facilitating think tanks over the coming weeks as we put together our POA for the 2019 event, asking you the public to contribute in any way you can as we work toward a solution.

Thank you for your ongoing support.