The Art of Belonging 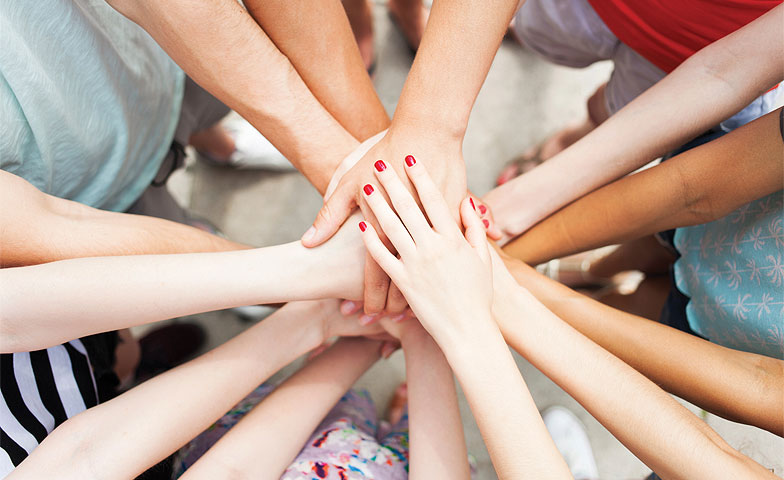 “You are only free when you realise you belong no place – you belong every place – no place at all. The price is high. The reward is great.”

In her book ‘Braving The Wilderness’, research professor and author Brené Brown tells of how for over twenty years when Angelou’s quote popped up in her life it would bring on a rush of anger. “Why would she say that? That’s not true. Belonging is essential. We must belong to something, to someone, to somewhere!”

Her anger came from two places. Firstly Angelou had become an idol of sorts to Brown, and she couldn’t stand the idea that they disagreed on something so fundamental. Secondly, Brown’s own need to fit in and the ache of not belonging was an extremely painful thread in her life, and as such she couldn’t accept the idea of “belonging nowhere” as freedom. She goes on to say that “feeling like I never truly belonged anywhere was my greatest pain, a personal suffering that threaded through most of my pre-adult life. It was in no way my liberation.”

I think you would be hard pushed to find someone who hasn’t experienced the same feelings that Brown is referencing here. Whether it be moving to a new school as a child; being bullied; getting picked last in a line up for a game of sport; not getting into your chosen University, or at the worse end, watching your parents go through a separation and losing your sense of home.

Even in the context of suffering through poverty, violence and human rights violations, not belonging in our families is still one of the most dangerous and damaging hurts. That’s because it has the power to power to break our heart, our spirit, and our sense of self-worth. It dates back tens of thousands of years and is in our DNA, for those who were different and who wandered from their tribe were shunned, and if you were ostracised it would almost certainly mean death. As humans we still carry these genetic memories which is why we react strongly to the opinions of others, and whilst bullying has replaced shunning in the modern world, the message is still the same – “Be like us or die”.

Throughout her sixteen plus years of research into courage, vulnerability, shame and empathy, having studied and spoken to thousands of people from all walks of life, Brown has noted that there are only three outcomes when your heart, spirit and self-worth are broken, without exception.

I think you have to be a pretty unique person to jump straight to the third and preferable option, without first, to however limited an extent, journey through the first two. It is also true that the vast majority of people in our Western culture, and especially the older generations who are now in their 50’s and beyond living a “conventional lifestyle”, simply don’t have the tools to get past the second step.

I have had countless conversations with friends and acquaintances in the pre-millennial or millennial generation who have been through some sort of traumatic experience, and have then looked to their parents for guidance or at the very least emotional support, only to be chastised for their showing their vulnerability. It is a language they cannot speak, and the underlying theme in Brown’s research and my experience, is that it results in a reaction of anger, frustration, defensiveness, and even aggression.

The key motivator, however, is fear. They are afraid of the unknown, and their conditioning, their inability to cultivate intimacy with the parts of themselves they have never once shared, overrides even their strongest desire to help as their fight or flight response is triggered. For the person suffering who has begun the work, who has awoken to their own human condition, who desperately wants to be understood; driven by a new understanding they want to share with those closest to them, it can have a devastating effect on both sides when they are denied that human connection.

We live in a society that has conditioned its inhabitants to withhold emotion. We are taught as children, and particularly as boys, that talking about your feelings is a sign of weakness; that you shouldn’t cry; that you should “Be a Man!”.

I would argue that those three words and all that they stand for, in their traditional sense, have been more damaging to our society than anything else.

In the UK one person commits suicide every two hours, and the number of men taking their own lives outnumbers women three to one. It is the leading cause of death for people between twenty and thirty four, and just 27% of suicides between 2005 and 2015 were by people who had reached out for help from mental health services. These figures are shocking, but unfortunately the percentage of those reaching out for help doesn’t surprise me at all.

Men and boys are put in the oppressive confines of small, emotionless cages, and prodded with the expectations of our damaging patriarchal society. The results manifest in the constant need to assert power and position to avoid showing weakness, bullying, flagrant displays of masculinity, and at the extremes, war, genocide, rape and murder.

I have observed these patterns play out around me in my life, and I have witnessed friends, families and individuals shaken to their core by trauma, tragedy and loss. I imagine many of you reading this have experienced you own share too, and whilst we all know these things are sadly an inevitable part of life, we are the only living creatures who have the ability to consciously change the way we react to people and situations. It is this choice, this consciousness, which gives us the unique opportunity to overcome our fear and stand in our integrity. To, as Brown puts it, “Brave the Wilderness”.

The power of choice is an incredible catalyst for positive change in our lives, and when realised can have a profound effect on the direction of our health and wellbeing. When people wake up and get in touch with themselves they are often faced with the reality that, contrary to what they may have believed to that point, they have not in fact been committed to solving the problem in their lives, and furthermore they were actually unconsciously committed to keeping it going. In other words they didn’t know they had made an unconscious commitment to perpetuating the problem that was bigger than their conscious intention to solve it.

So whether it be an argument between husband and wife, brother and sister, or father and son, research shows that the issues are sometimes rarely solved in decades, because there is generally a larger and more painful issue that would need to be confronted if the problem were actually resolved.

Almost without exception these issues lay within the self, and the fear of what would happen if we owned up to our socialised behavioural patterns is so strong, that we make the unconscious decision to remain in a state of victimhood, blaming the other party and thus remaining in the loop. If this perception of being a victim goes on long enough, it can obscure a fact that is so blindingly apparent to everyone else: I got to where I am through a succession of choices.

Consciously committing leads to conscious choices, and if you make the choice to commit to changing yourself for the better, to stand in your integrity and brave the wilderness, know that those who are not ready or prepared may shun you and cast you out.

Yet it is not their fault, and it doesn’t make them bad people, and you have a choice to acknowledge the anger and frustration you feel at first and decide not to let it manifest in blame or resentment, rather turn it into love and pour that out into the world around you instead. It was Mark Twain who said “Anger is an acid that can do more harm to the vessel in which it is stored, than to anything on which it is poured”. He was right.

So mastering the art of belonging often comes at a cost, and it can be a long and arduous journey of emotion, but once you step up and choose growth you will enter a new and liberated stage of your life brimming with creativity and love.

One of the most important things to remember at the beginning and throughout thejourney is this: Your work is not to drag the world kicking and screaming into a new awareness, your job is to simply do your work, sacredly, secretly, and silently, and those with eyes to see and ears to hear will respond.

“You are only free when you realise you belong no place – you belong every place – no place at all. The price is high. The reward is great.