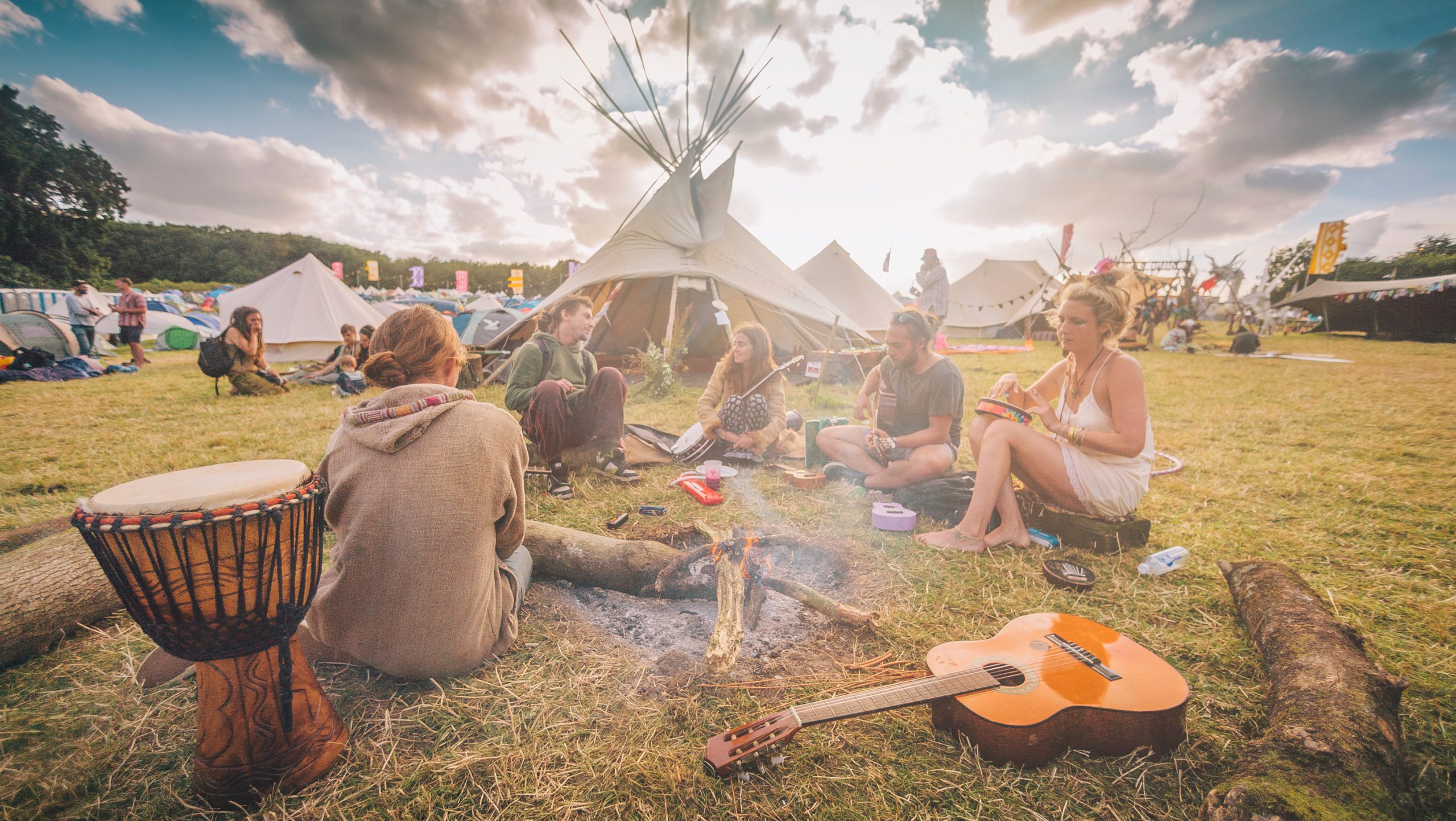 Noisily co-founder Lachie Gordon launched his festival bible Transform last year, showcasing the leading transformational festivals on the planet. As part of the quest for content, he looked far and wide, and closer to home too. Herein is the closing piece to the publication, written by his friend and festival co-founder Charles, who explains…

Why festivals are so powerful in their capacity to accelerate the process of emotional transformation.

In writing this piece I was asked, albeit indirectly, to explore my consciousness. To look back upon my life in festivals and calculate the sum of my experiences, to weigh each one against the other, and in doing so revert back to key moments in my own personal growth. As a result composing this has been far more emotional than I had previously imagined. Retrospect has reminded me of the gargantuan amount of pure, unadulterated joy I have been exposed to as a result of the love and dedication of others.

Whilst music and art are enormously important in the curation of festivals, it is consciousness and the capacity for a festival experience to change the way we think, which is becoming increasingly more important in a world where social media breeds an impatient thirst for instant gratification. 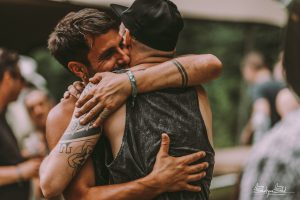 It’s important to remember that all the answers and realisations are ingrained in the composition of your body, they were already there, but it was the experience which drew them to the surface. The energy and vibes amassed by a body of souls moving to the beat of the same drum is primeval, it’s in the ground we dance upon and the air we breathe, it’s frequency and connectivity within those waves that enables us to raise our vibration.

When a word is cited enough, it inevitably gets wedged betwixt speech marks and hijacked by opportunistic marketing teams before being fed into social news feeds. Over time, it loses the gravity in its meaning.

Nowadays the half life of a buzzword has been dramatically reduced thanks to the universal use of social media, and there has been a dramatic drop in the average concentration span as a result of using these platforms. Transformational is one such word, but however much it may get overused, we shouldn’t disregard the weight it carries and what it represents. 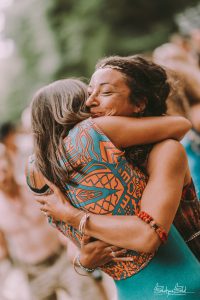 Festivals have been around for millennia. The gathering of people as one to celebrate traditions and music, is a life blood of civilisation itself. They are experiences so highly concentrated with sensory overload that they have the power to change people’s perception of themselves in an instant, and in turn the way they project that resonation into life.

As humans we are all a summation of our experiences, and the relationships we build shape our behavioural patterns and outlook. Whilst we come together to celebrate as one, we do so in an environment where we are encouraged to express ourselves as individuals. Of the 200,000 odd people at Glastonbury for example, each and every one of them has a different story to tell.

It’s also very important to remember that people change, mentally and emotionally you are not the person you were ten years ago, and in ten years from now you may be living a different life entirely based on your perception of the world from within.

In general those who attend festivals are open minded, or at least willing, if only on a visceral level unbeknownst to them, to accept new realities. This is consciousness, and this is the essential prerequisite to having a transformational experience. The festival itself is the catalyst.

Some things which may take years or even decades to realise about yourself, can be brought on in a matter of days, or even in a single moment, at an event where there is such a high concentration of positive energy.

In our capacity as both festival goers and organisers, we find ourselves in a position which allows us to appreciate and benefit simultaneously from the positively transformational effects these events have on people. We take a huge amount of pride in the achievements of all those involved in producing Noisily.

Noisily is part of me, and it’s changed my life irrevocably for the better. But beyond the experiences I have shared with my friends on site in Leicestershire, I have my own history. Shorter than some, longer than others, and it started at the Carling Reading Weekender in 2005.

Completely unprepared, we descended on what looked something like the Somme. There’s no other way to describe it other than a battlefield, except instead of hardened soldiers ardent for glory, there were hordes of goths and rockers, diluted, much like the Carling, by groups of intimidating hooligans baying for booze.

After watching The Darkness and The New York Dolls play, we caught a brief glimpse of a member of Dirty Sanchez (Wales’ answer to Jackass), smoking someone else’s pubic hair through a bong filled with another person’s urine. He then proceeded to drink said urine, and at this point we decided to head back to our by now amphibious tent.

We finally made it, having hidden behind a bar selling the gnats piss excuse for a lager, in order to strategically evade a centurion of (younger) teenagers, all of whom were sporting t-shirts emblazoned with the slogan “I Hate Morrissey”.

Leaving Reading on the Sunday I couldn’t help feeling that the Hari Krishna cheerily trying to sell his religious literature may have targeted the wrong crowd, and that I too wasn’t a fan of Morrissey. I bought a book from Mr Krishna and drove home. I still have that book on the shelf at my parents house, a stark reminder of my weekend in battle.

I didn’t come out of that festival with a new outlook on life, and there were certainly no biblical revelations to speak of. But there was definitely something intoxicating about it, there was an energy which was infectious and I was conscious that I wanted more.

It wasn’t until 2007 and “The Wet Year” at Glade back when it was at Aldermaston, that I had arguably the most important festival experience of my life. The excitement in the air was tangible, as was the rain, and for four days I swam around the site elated almost to the point of self combustion. I fell in love with festivals that weekend, and even more in love with Electronic music thanks to a truly subliminal performance by Trentemoller of his album ‘The Last Resort’. It was during the opening track ‘Take Me Into Your Skin’, that myself and my great friend and Noisily co-founder Will, first spoke of organising a festival.

In the decade which has passed since that moment of clarity in the knee high mud of Glade, there have been many instances where the surroundings and experience have lead me towards answers in myself, shifting the paradigm of my thought process and opening up my consciousness to the answers within.

“Hello, my name is Charles, and I like to wear meggings and party hard.”

“Welcome Charles!” The dance floor shouts in unison. “This is a safe place!”

A festival is an invitation to be yourself but turned up to 11, it’s a no holes barred playground where self expression is given room to thrive. If you are craving a release, have a penchant for hedonism, have a whole lot of love to share, or just want to get to grips with yourself, there really is no better environment to transform.

It’s also important to impress that these are changes for good, experiences wherein the very best elements of your personality come into being. Pieces of you which up to this point in time have remained shrouded under the weight of day to day life, and the expectations of an antiquated patriarchal society. The age of the stiff upper lip is drawing to a close, giving voice and stature to free thinking, allowing a generation to express themselves and how they feel, without fear of being ridiculed, or better still, the courage to rise above it.

If you are looking for a space to become your true self I would recommend Noisily this July for starters, then join us at Boom in Portugal for what is widely regarded as the very best transformational festival on the planet. 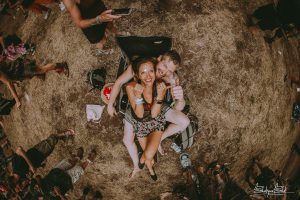 Remember, when you enter the gates and delve into the dance floors, do so with an open mind and heart, and remember this quote from a fairly notable Buddhist chap.

“In the end, these things matter most – how well did you love? How fully did you live? How deeply did you let go?”

PrevPrevious2017 Art Case Study – Trip To The Moon
NextDiversity on the Dancefloors: The Noisily 2018 Line Up and launch of The Leisure CentreNext